Here’s a last look at the start of the Canadian Arctic Railway, my fictional bridge line from Fort Nelson, BC, to Anchorage, AK.  I started planning this line almost a decade ago, and began construction shortly after buying this house with my wife.  Then she became my ex in 2008, and the railroad went into an seven year holding pattern.

As of tonight, CR&NW plans in hand, I started tearing down pieces that aren’t staying in the new design.   The helix came out, and I’m in the process of removing the under-level staging yard.  (The staging yard is getting a new life as a testbed for some Iowa Scaled Engineering projects, so it’s still around, just shorter.)

Tomorrow or Sunday, I’ll remove the upper deck and extend the wall framing out through the area the helix once occupied.  Then comes the task of replacing the old heavy upper framework with a new, lighter open grid system.  The bottom through this section will likely remain the same – Fort Nelson is being rebuilt as the main Cordova, AK, yard.  All new construction on the bottom, however, will follow a similar lightweight construction method.  I’ll also be installing a valence above the upper deck, and shelving below the lower deck.

And so the journey begins… 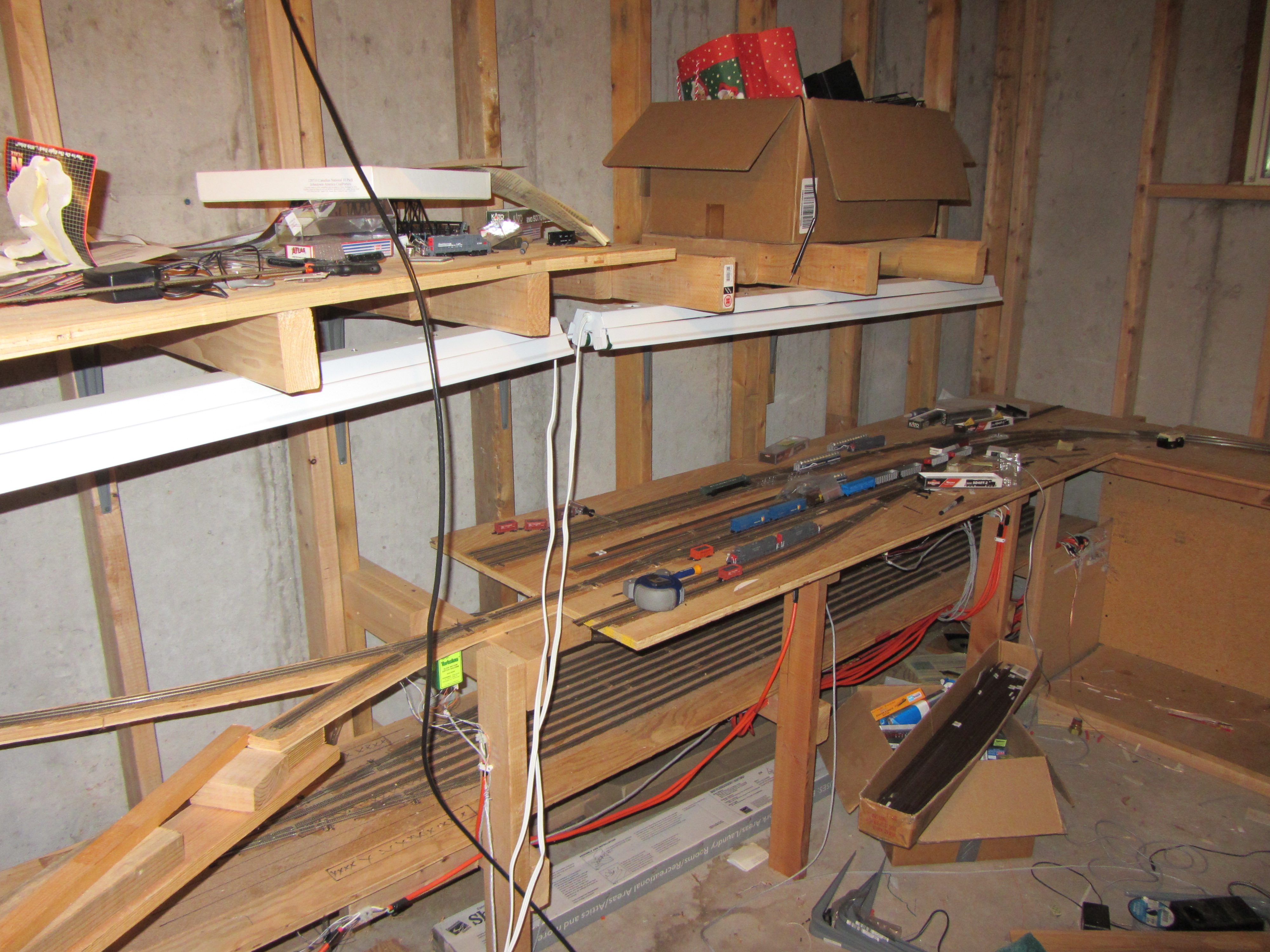 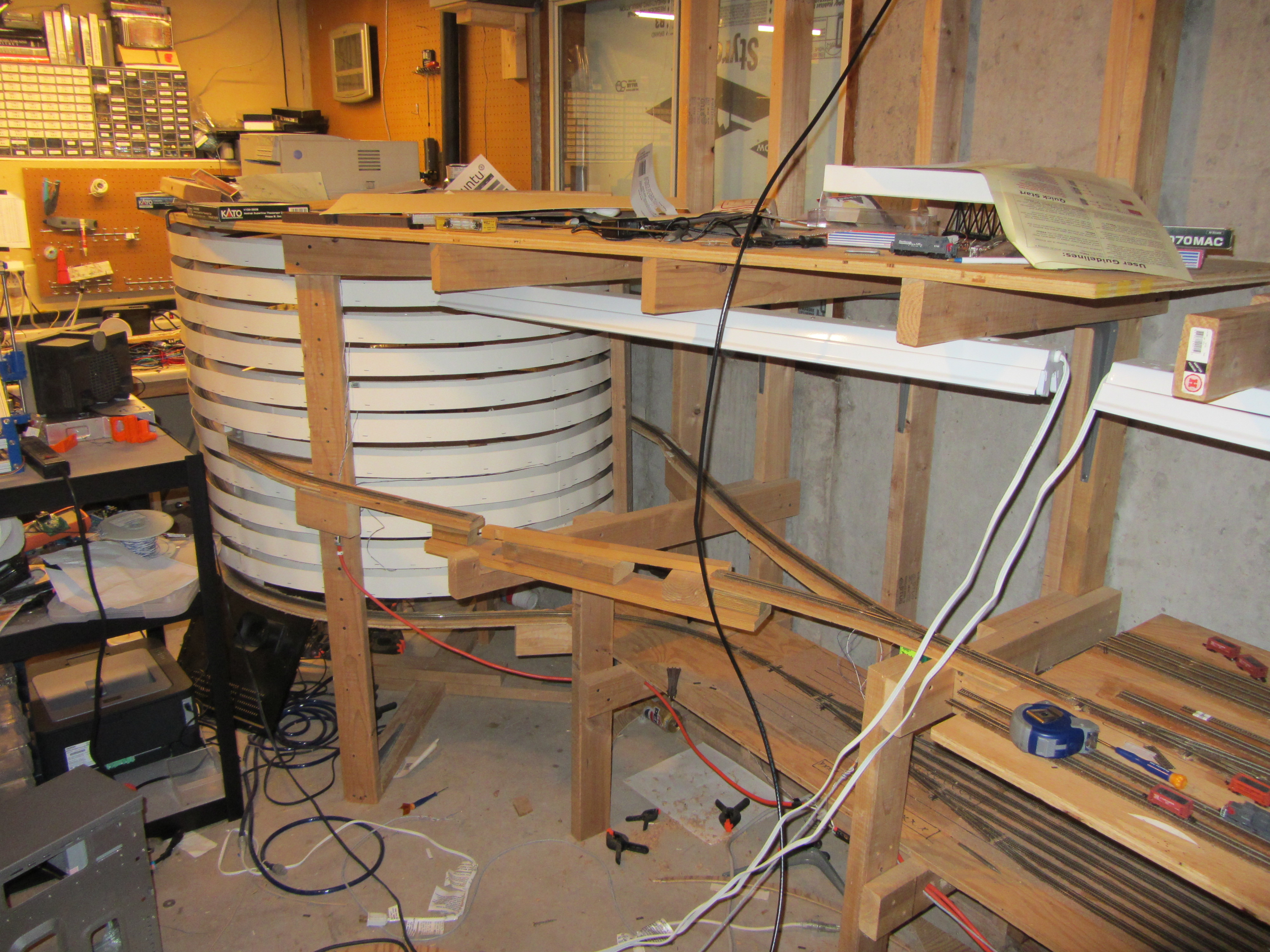