I haven’t posted much in the last year, largely because I haven’t done much.  The day job, working on the ProtoThrottle, finishing up my father’s estate and trying to get my mother comfortable with being on her own have consumed much of my life.  I have finished up the smelter complex yard and made some other minor progress elsewhere, but I’ll post separately about that.

As a warning, all of the images linked here are quite large, so that you can blow them up and get down to the finest detail.

A recent acquisition off eBay was this old slide of the Kennecott Mill, taken by an unknown visitor on July 7, 1957.  Overall, the site looks very much like it did when the last train pulled nearly 19 years earlier.  The mill building is all there, including the long ore chute trestles from the upper reaches of the mill straight to the sacking house (where the rail cars were loaded).  The electrical shop is also still there (the building between the sacking house and the little depot hiding in the trees).  The tracks are in (including the 3ft gauge service tram line), the window glass is still there, and the upper floor of the mill, where the ore was received from the tramways, is all intact.  I’ve also included the 1935-1936 site plan from the Historic American Engineering Record files on Kennicott, so that you can use the map to identify the various structures visible and get your bearings. 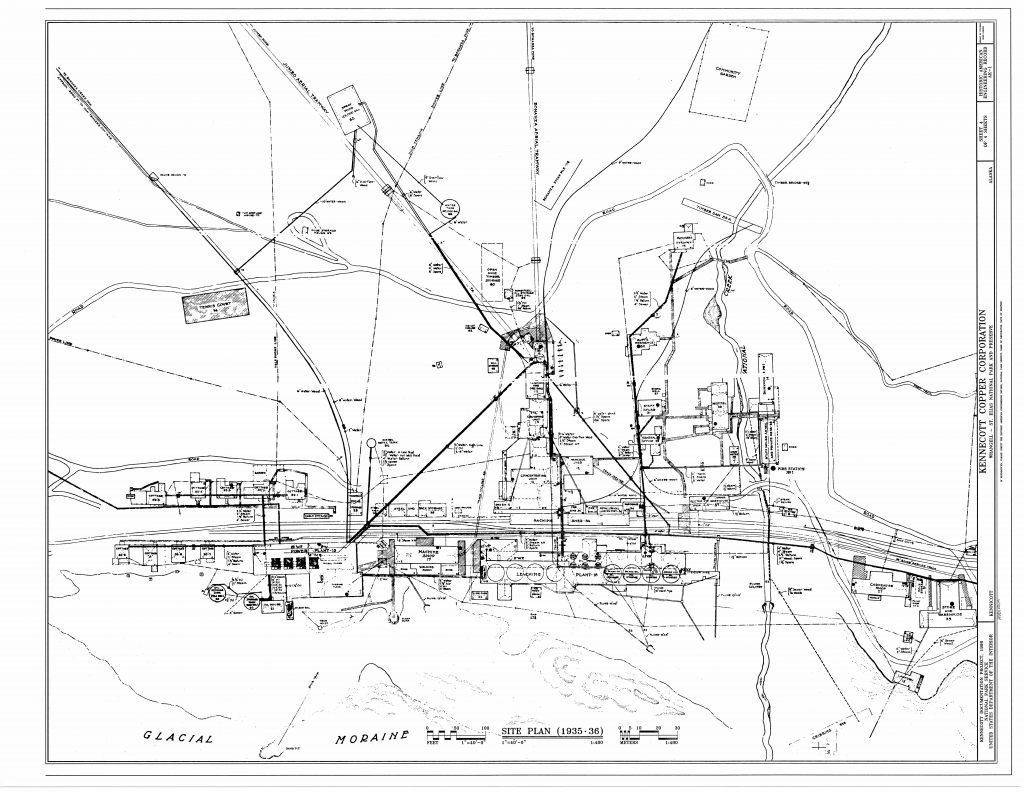 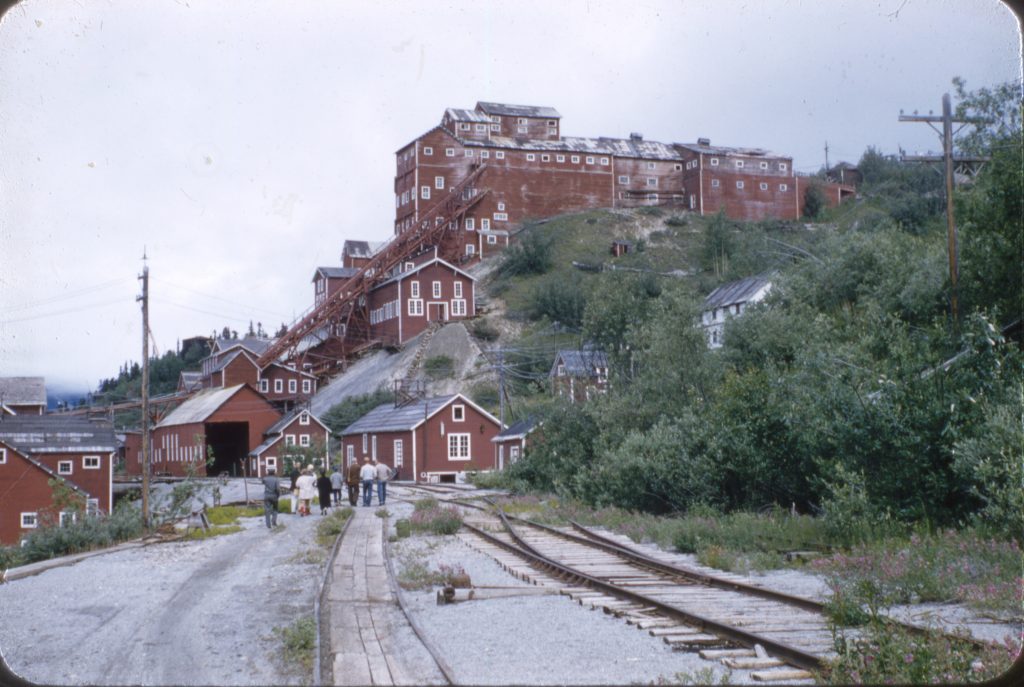 The next available photo I have from roughly the right angle dates from 2004, when my grandfather Harold Bryant visited Kennicott.   By this time, the tracks and power lines are gone and National Creek Trestle is looking a bit rough.  The roof on the leaching plant (the building in the foreground on the left side) is in rough shape, and the electrical shop is gone.  The ore chutes are looking a bit rough, but there’s scaffolding so it appears they’re working on the issue.  In addition, the vegetation is a bit out of control on the right where the shop would have been.

The Kennecott Mill site in 2004, taken by Harold Bryant (my grandfather).

And finally, here’s a look during my visit back in September 2015.   The National Creek trestle as seen in my grandfather’s shot was washed away in a flood in 2006, and was subsequently replaced with a modern but reasonably accurate facsimile.  Honestly getting at least 70 years of service out of a trestle isn’t bad.  On the plus side, the general office building has been restored (seen under the blue tarp over the trees in 2004), and the chute from the mill to the leaching plant seems to be in better shape.  The depot also has a fresh coat of paint.  The leaching plant itself, however, is in just as bad of shape, and the ore chutes from the upper parts of the mill have been truncated strangely. 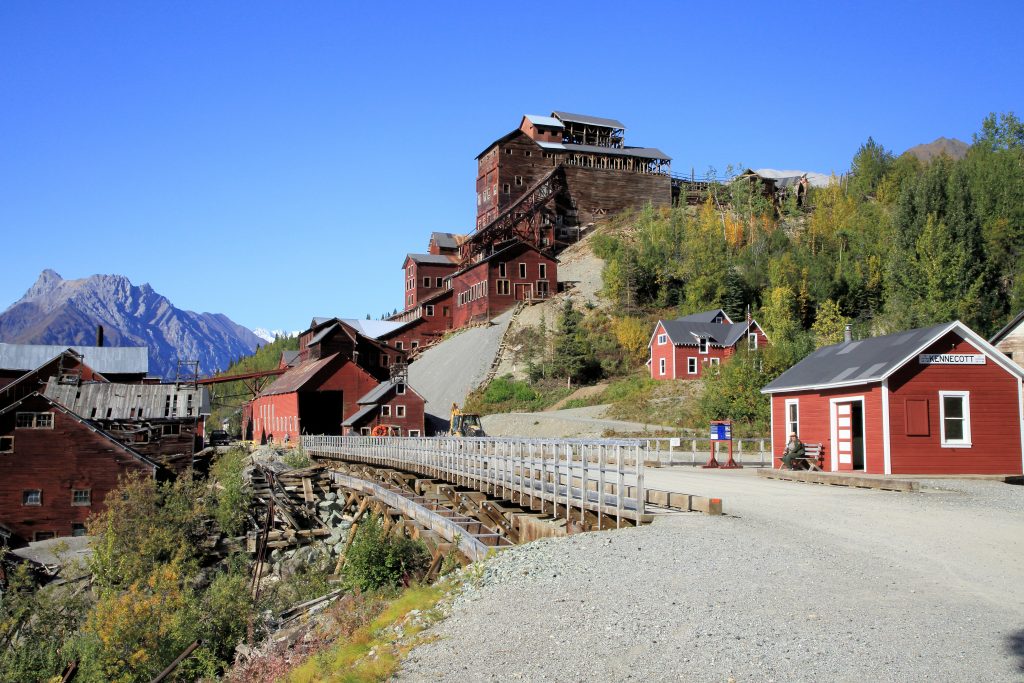 The Kennecott Mill site, as seen during my last visit in early September 2015.

I realize the park service has limited resources, and they do a pretty good job for a large government bureaucracy with a relatively small budget, but looking back 60 years makes me realize how much of a different feel the site has today as opposed to sixty years ago.