In between chores around the house, I spent some time this weekend getting the power and data run to Alaganik.  Track power and detection has now been extended from Katalla Junction down to the south siding switch Alaganik.  Track is still complete to nearly Eyak – I haven’t done anything on that in several weeks now.  I’m hoping to spend some time with the signal system in the coming weeks, as well as get the mainline extended all the way into Cordova.  Much of that shall depend on how much spare time my job allows me.

In celebration of that, I thought I’d share this old postcard view of Alaganik (apparently sometimes spelled Alaganic by some in the early days). 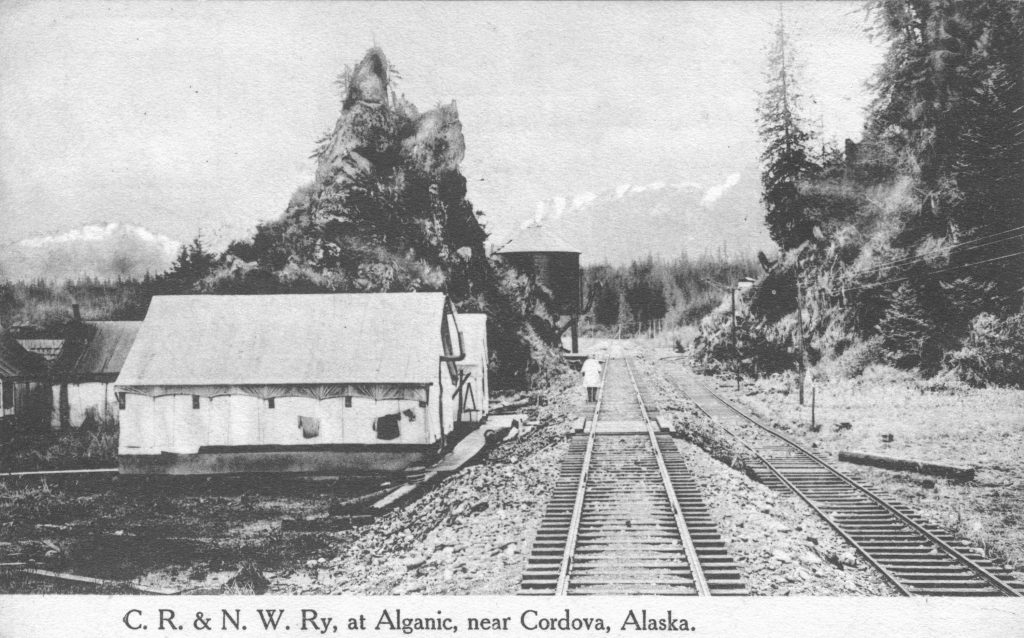 Also, the railroad has apparently always called it Alaganik, with a ‘k’, as evidenced by this 1910 timetable: 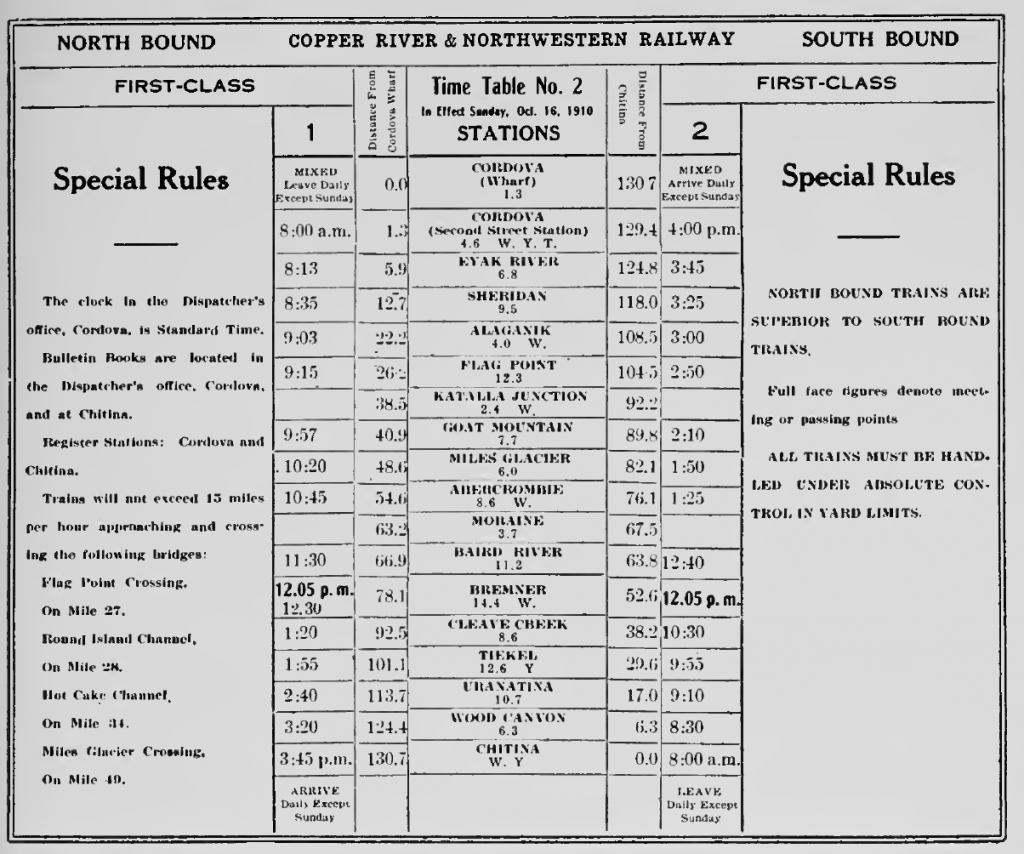 Happy Monday, everyone!  (Ack, back to work…)

1 thought on “Power to Alaganik”